Portland, Or. is a complicated, layered, and nuanced place. Beneath the facade of being a millennial paradise, Portland’s rooted in the blue collar industry of yesteryear, as one of the Pacific Northwest’s most bustling port towns. Even Portland’s reputation as being a hub for underground culture came about due to the economic downturn of the ’80s and ’90s. Portland is both rough and tumble, as well as cosmopolitan; utterly hip and chic while alternately not giving a toss what anyone thinks. Portlanders are tough, while still being kind and sensitive; nice, almost to a fault, but not afraid to be blunt.

Likewise, metal is a complicated genre. While once a shorthand for the most extreme masculinity, in the 21st Century, metal has become shorthand for power, force, will, and intensity, which is important as it doesn’t make intensity the sole property of the patriarchy.

Portland avant-metal duo Muscle And Marrow perfectly embody the intricacies and layered meanings of both Portland and metal/extreme music, especially in the case of their most recent album. Rather than focusing on classic metal topics like slaying dragons or landing on the beaches of Normandy, Keith McGraw and Kira Clark tackle that most hardcore of subject matters: Love. 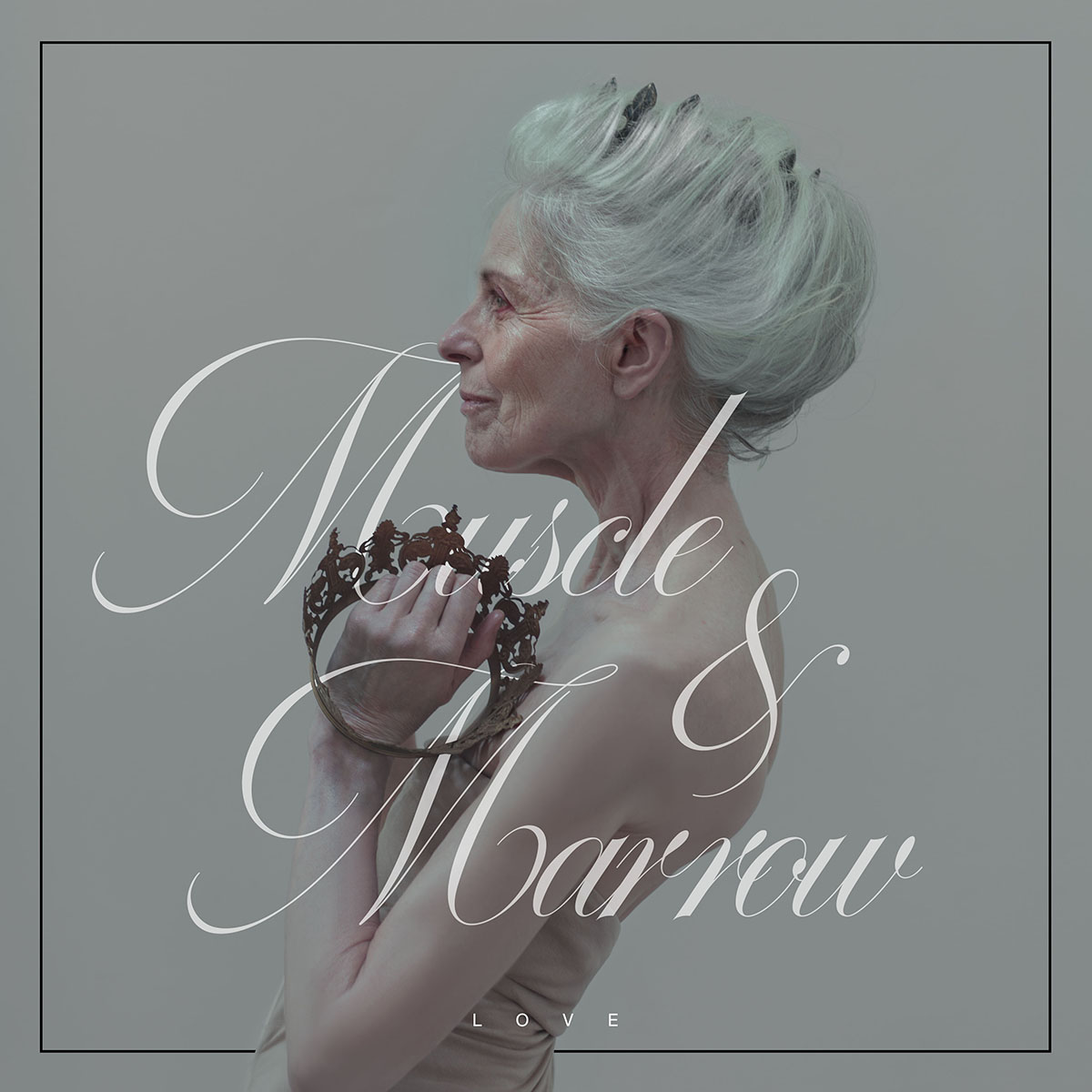 Even the album title has a dualistic meaning, as Muscle And Marrow explore the titanic power of Love itself, while also exploring another symbol of radical femininity: Courtney Love.

Muscle And Marrow talked a good deal of their admiration for Ms. Love in a recent interview with Noisey magazine, discussing the dualistic dichotomy of Courtney Love – and similar wild, empowered women – as “toxic”, while her late husband Kurt Cobain – undoubtedly just as damaged (obviously a bit more so, even) – as a “genius” or “too sensitive for this world.”

In the Noisey interview, both Clark and McGraw discuss the lack of female representation in the extreme music world, a realization many of us are having, as we explore the inherent biases of privilege.

Love, Muscle And Marrow’s second LP following 2014’s The Human Cry, is also partially inspired by the passing of Clark’s grandmother, with whom she was very close, as well as being the only woman on a metal tour. Clark speaks of aspiring towards “raw authenticity” on tour, while, in her own words, she was actually over-compensating to keep up with the more traditional metal bands on tour.

These kinds of restrictions can be as limiting, and as harmful, as any whalebone corset or bound foot, forcing women (and men) to shape themselves to the Procrustean Bed, lest they lose a limb.

At the end of the day, we end up with caricatures of extreme emotions and situations – as if D-Day were the only kind of battle, or that a pretty girl (or guy) in a pretty dress doesn’t ever want to stab someone with their high heels.

Muscle And Marrow are re-defining ‘Doom’, ‘Metal’, and ‘Pop’, in one arcing motion. Genres are not strict, concrete things any longer – you don’t have to wear a certain vest or only listen to bands of that quality. There are, undoubtedly, beauty queens that love Black Sabbath and football players that dig Carly Rae Jepsen and Beyonce. We need broader definitions, and open ears, to really speak to what it is to live in 2016.

Don’t worry – the Love doesn’t diminish Love‘s intensity one iota. The guitars still crash like Sherman Tanks, the drums still topple like a pyramid falling on your head. Clark’s vocals, when not achingly gorgeous, will make your veins run with ice water, like some avenging angel or force of nature.

Kira Clark joins the ranks of interesting, edgy, experimental, thought-provoking, really-real artists like Diamanda Galas, Carla Bozulich and Evangelista, Jenny Hval, and the dark femininity of Swans’ Jarboe, revealing new aspects, depth, and meaning of what it is to be a woman, and a person, in 2016. Love has the highest possibility of crossover of any metal album we’ve heard this year.

Love is out now on San Francisco’s The Flenser, digitally, and will be out on vinyl and CD shortly. (June, 2016)