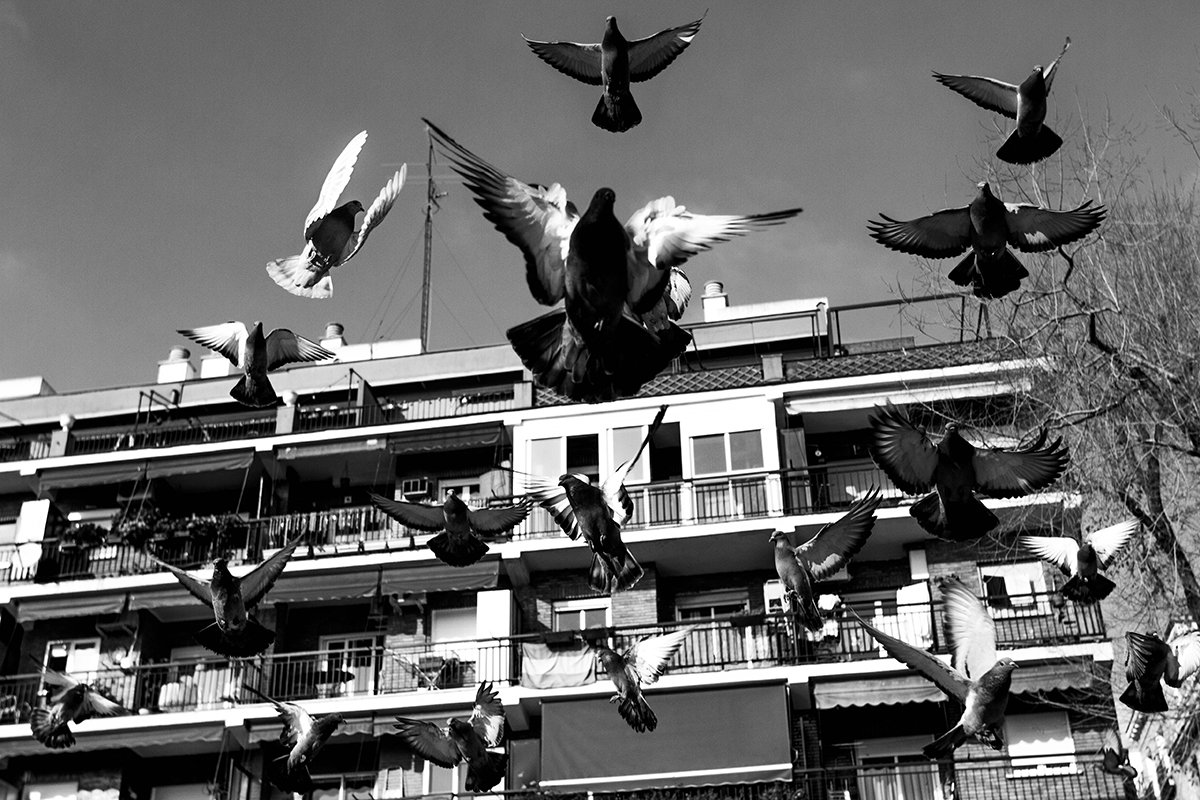 — An exclusive photo editorial piece by photographer Alberto Alcocer. Words by Maya Amoah. Images below were shot in New York City and Madrid.  It’s 2 AM and the lights of Time Square brilliantly shine like no other place in the world. Pixelated images in every direction flash before the eyes of both tourists and New Yorkers alike and if this doesn’t keep them transfixed, the juggling street busker who breathes fire surely does. On a sunny day in hot July, children eagerly lap up melting sundaes and chow on some Coney Island chili fries, strolling the sand dusted boardwalk with mama and old Pops. “Isn’t life grand, dear?” Mom whispers into dad’s ear as she sweetly kisses his head. Indeed it is, for those who can afford it. Nestled under the steps of a merry go round just meters from the Coney Island boardwalk lives an invisible man. His decrepit figure and hapless fortune has deemed him unseen to society, yet he is just 1 of over 60,000 New Yorkers who hold membership to this impoverished underworld. “It wasn’t … With a pulsating drum beat and a sinister scream of a guitar the audience anticipation builds. The crowd’s excitement is so palpable it electrifies the air and fills the room with a sensual energy. Heartbeats quicken at the flash of the lights and a pulsating wave of sound engulfs them… A silhouette sways in and out of a veil of smoke looming from an American Spirit decorously placed between the strings of a midnight black Gibson. Indicatively the silhouette is of Peter Hayes. The smoke trails his effortlessly smooth and fluid rhythm, as if his guitar were an extension of himself. Robert jaggedly thrusts his bass and methodically beats it, the crowd transfixed on his every movement. As differently as they move on stage, both play as if they are in a surreal alternate reality or perhaps locked in the same trance that has enslaved the crowd. Everyone’s senses are heightened and the energy now has a life of its own, it’s a living, breathing entity and the beat of Leah’s drums are its pulse. …