Considering hip-hop’s roots in the pavement and asphalt of the urban environment, there is a certain crossover with the “hard living school of hard knocks”, as a lot of rappers, producers, and DJs are forced to live outside of the law to get by. Groups like N.W.A. or Public Enemy, or solo rappers like Tupac Shakur, spoke their truths – gun running, drug slinging, hook-ups, partying all night long, as one representation of what life on the streets is really like.

The Golden Age Of Gangsta Rap led to a kind of revolving door of influences, with up-and-coming rappers thinking they had to live the stereotype to make good hip-hop, while outsiders assumed that all rappers are Gs and dealers. 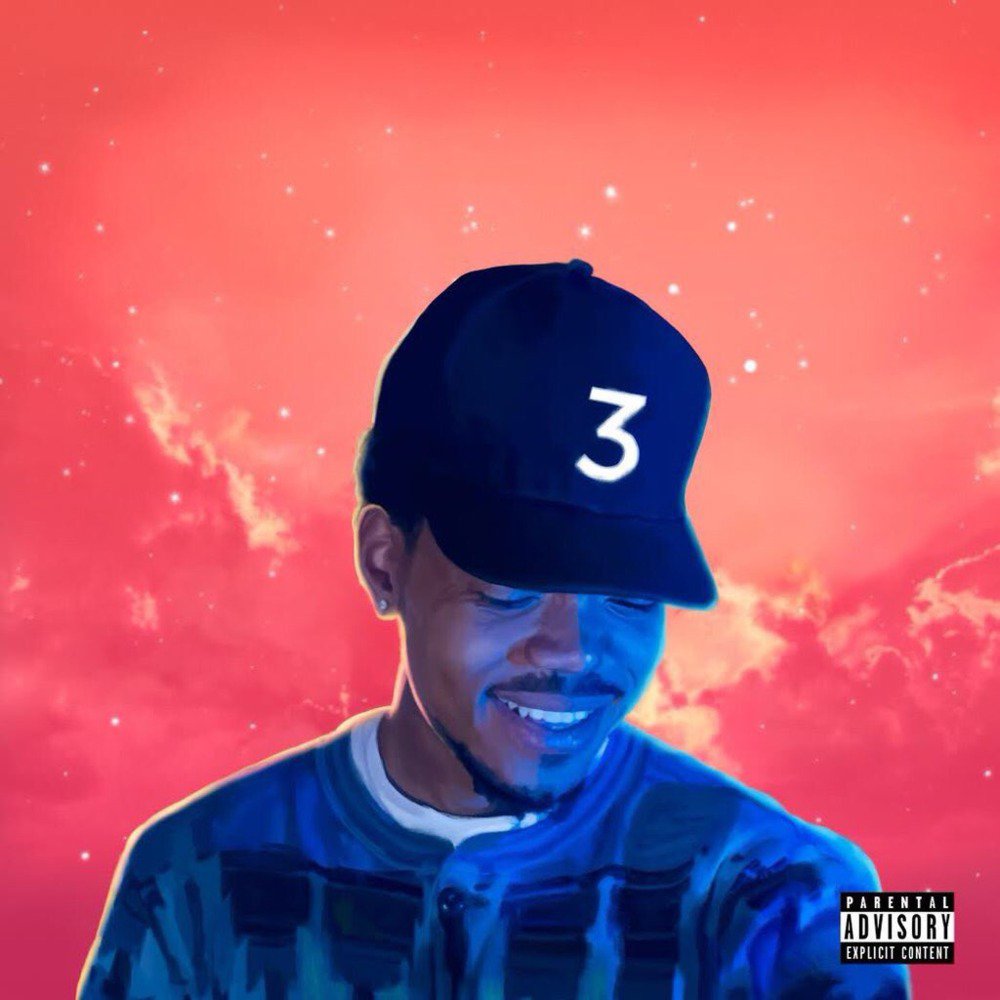 This assumption implies only gangstas and working girls hang out on the pavement – subtle shadows of racism and classism.

If you translate “street” to mean “regular” or “working class people” doing what it takes to get by, however, the images and implications expand exponentially.

On the latest, greatest mixtape from Chicago up-and-comer Chance The Rapper, Chance speaks in an everyday tongue, representing a broad cross-section of “regular people” and their struggles.

While Coloring Book is as street as it comes, dealing with all manner of workaday concerns, like raising a daughter, growing distant from old friends and, most poignantly, losing his grandmother.

Considering the Coloring Book is a strong contender for hip-hop album of the year, it is striking that Chance and collaborators never succumb to the dark side. Coloring Book radiates optimistic positivity, like when he wonders about rehabilitating the streets of Chicago for his daughter to have a safe playground.

Sonically, Coloring Book perfectly embodies the dichotomy – full of sweet, smooth, soulful vocals and sci-fi Special FX floating in the periphery, while the music is as raw and rough as your like, with deep thudding bass and a whirlwind of shuriken trill beats.

We run the risk of forgetting everyday people, when we only listen to Top 40 rappers. Most people (say 99.9% of the Earth’s population) are NOT popping $1,000 bottles of Cristal at the club on a Monday night. With a lot of the biggest rappers, like Drake, investigating the poetic side of the clinical detachment that comes with celebrity, it doesn’t give a lot of insight into the ACTUAL pulse of the city, and the people in it.

When Chance, along with Lil Yachty and Young Thug, ask “Am I the only N-gga who still cares about mixtapes?” the answer is “NO”, if you care about cutting-edge music or the elevation of everyday living into Fine Art. Otherwise, hip-hop could go the way of jazz, stolen from the people for sterile art galleries and concert halls, or the way of blues or folk, where no one really gives a damn, one way or the other.

Chance The Rapper – Coloring Book gives us hope that we can have protest, that we can fight, and transform our lives and communities without becoming permanently jaded or cynical.

You can listen and purchase the album at http://chanceraps.com