The statuesque gender-bending Madame of the New York night scene, Ladyfag, arrived eight years ago, first selling vintage wares and later becoming mesmerized by the allure of the city after dark. 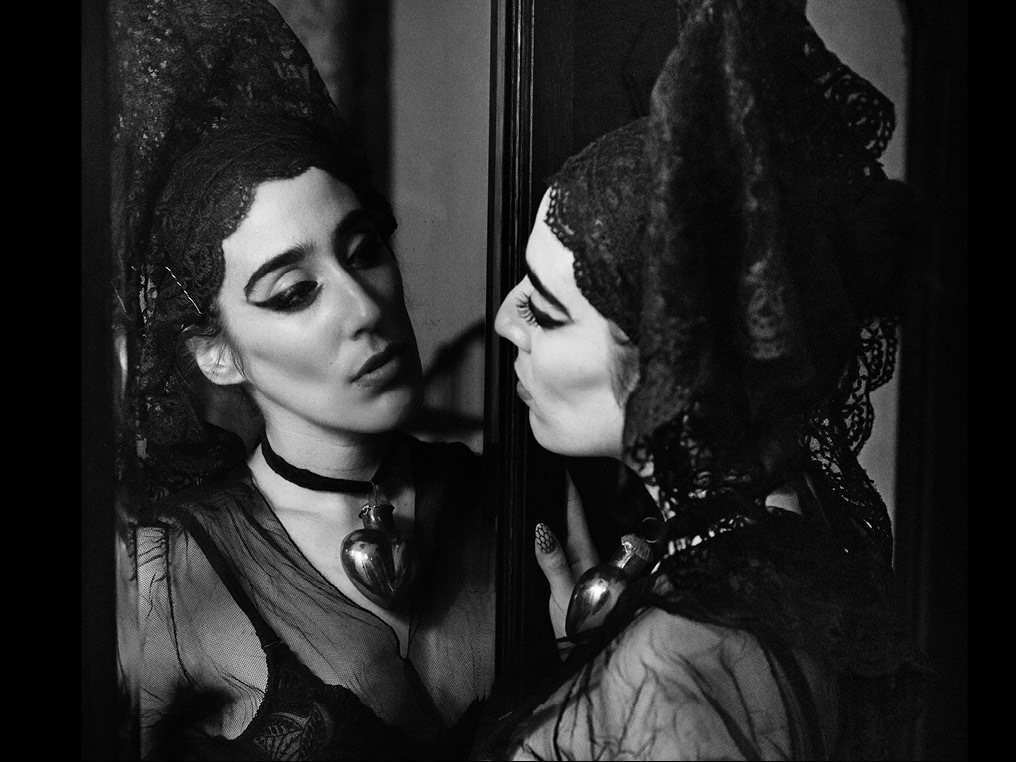 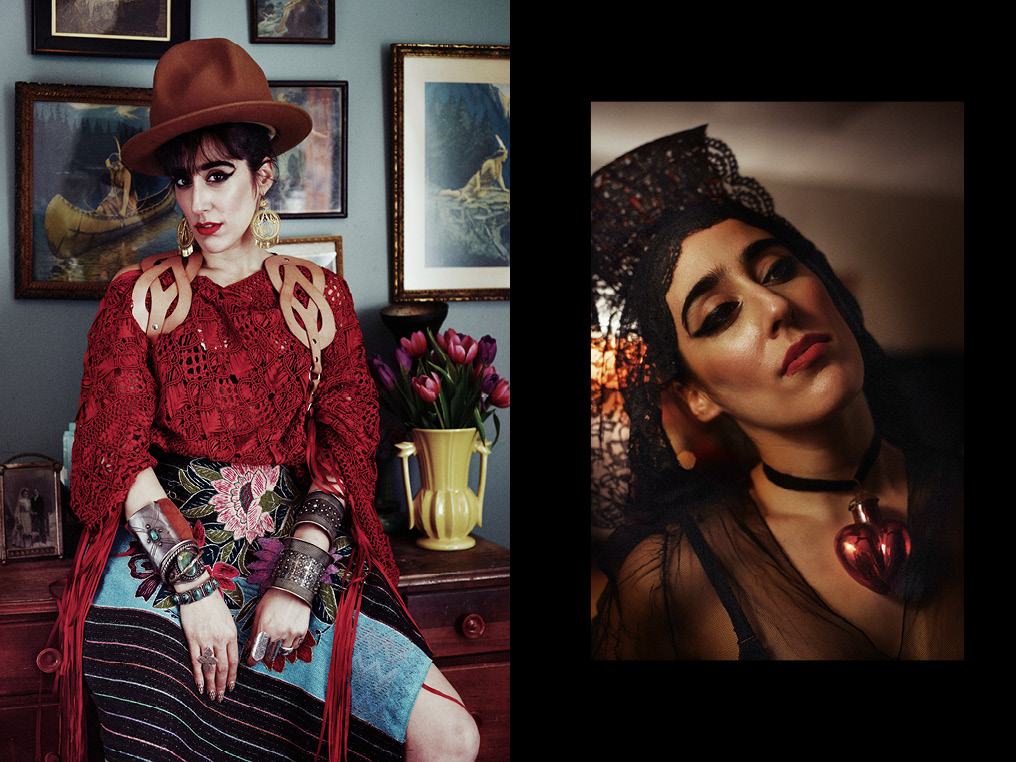 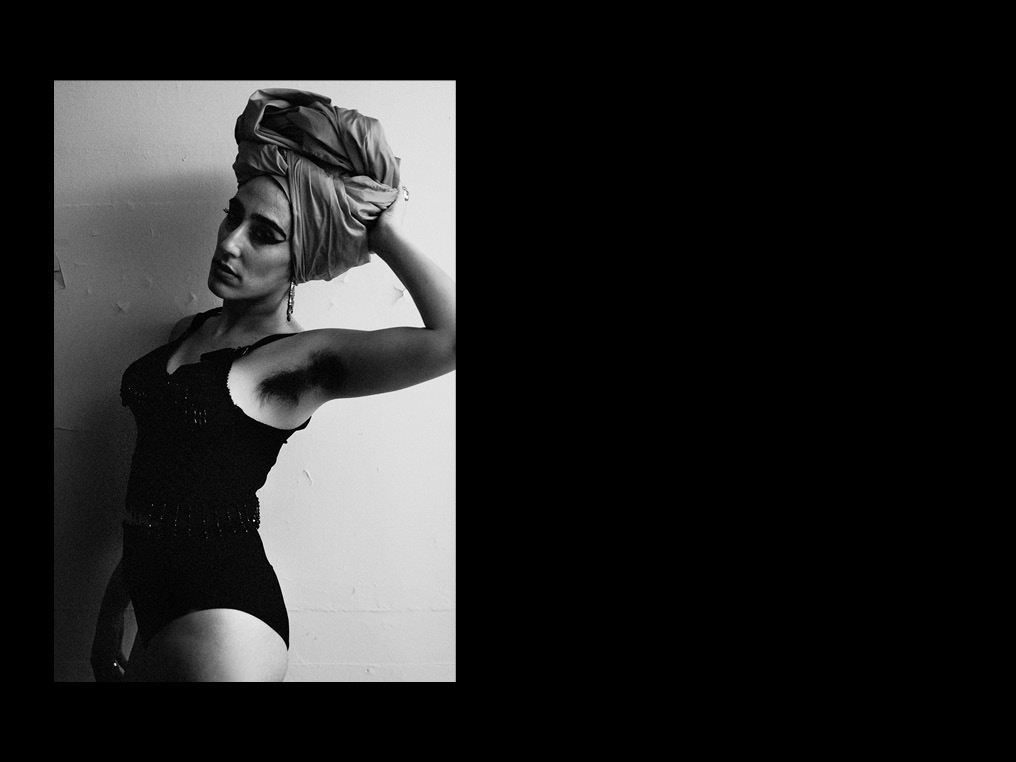 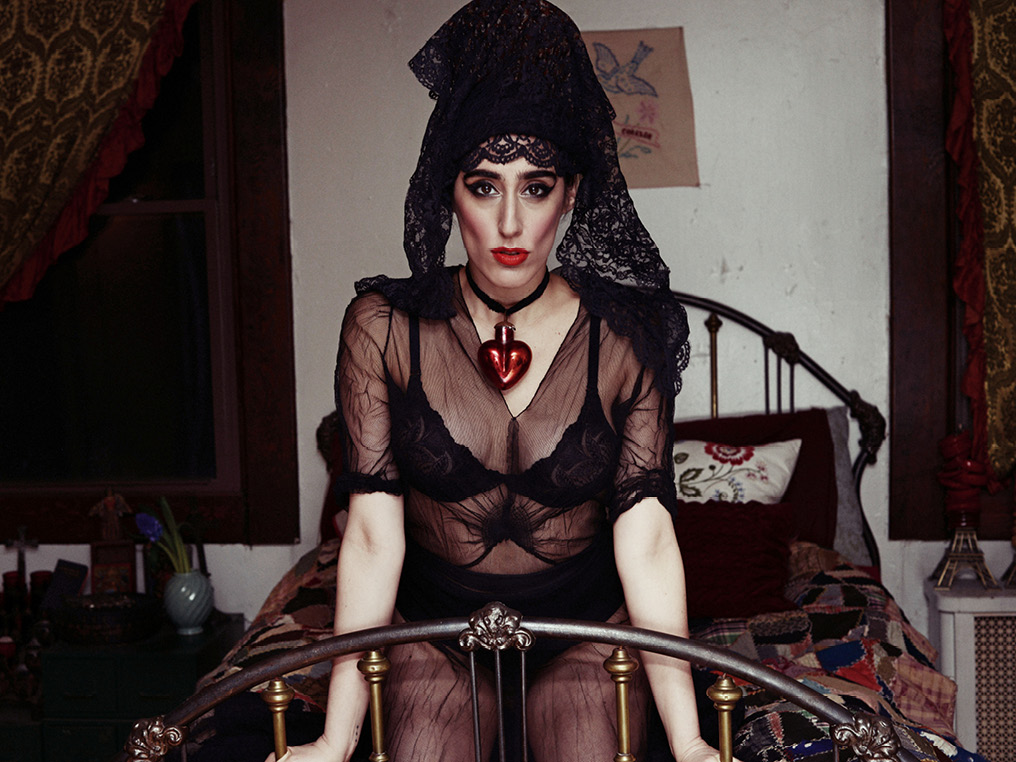 The statuesque gender-bending Madame of the New York night scene arrived eight years ago, first selling vintage wares and later becoming mesmerized by the allure of the city after dark. In the beginning, Ladyfag ventured out solo, enrobed in a myriad of her own looks from Transylvanian embroidered robes to Ricardo Tisci’s Givenchy later on.

She danced with arms flung in the air, her shaggy armpits laid bare. The night became her playground as she headed out to iconic venues like Hiro, APT and Happy Valley.
It was on one of those fateful nights that NYC nightlife and legendary club kid, Kenny Kenny found her at the center of the dance floor. He hired her on the spot to dance for him at Happy Valley (thrown by him and Susanne Bartsch.)

“Both of us are self-created creatures,” said Ms. Lynn Yaeger, who counts Ladyfag as a rare compatriot against the commercialization of fashion. “Nobody wants to see multibillion-dollar-company-clone clothes all the time.” from “Ladyfag Is the Rave of the Future”, (NYT, 10/2014)

Ladyfag started hosting parties four or five nights a week, which eventually led to her throwing massive parties of her own. In the fall of 2010 she produced “Clubber Down Disco” party with DJ Honey Dijon. It was one of the last of the parties at the Hotel Chelsea before it was sold in the summer of 2011.

That same year she was awarded the FUN Fellowship in the Social Practice of Nightlife by the Museum of Arts and Design. She also acted as a key speaker about nightlife at MAD’s “Nightlife: An Oral History of NYC Club Culture” program and also speaker at the opening night gala of the show “Frida & Diego: Passion, Politics and Painting” at the Art Gallery Ontario in 2012. Frida Kahlo is one of her biggest inspiration. SHADE and Holy Mountain are her newest ventures, bringing people together to share in unforgettable experiences.

LadyFag is a wondrous oddity to those queer and adventurous at heart. She is a brand on her own right, yet independent and non-commercial, androgynous, seductive and just the kind of kick New York nightlife’s been dreaming of.

In case you are wondering how she got her name, from “LADYFAG: THE WOMAN SAVING NEW YORK NIGHTLIFE” (Paper Magazine, 10/2014)
“There’s this woman Sook-Yin Lee. She was a VJ on our MTV, on MuchMusic. She came up to me and she goes, “Oh, I’m doing this art show, and it’s all about being outsiders in whatever way. Do you want to be a part of it?” I was like, “I’m not an outsider!” I didn’t know what she was referring to. She was like, “Well, you’re kind of this woman but you’re surrounded by gay men all the time at all your events and everything you do and you don’t seem like a fag-hag; it just seems like you’re one of these guys.” So I started thinking about it, and I did this entire performance about being a woman who is also the same as these men that she’s around. The woman who runs with the wolves, and she thinks she’s one of them. It was called Ladyfag: A Love Story. Because I was like, I’m definitely a lady, I don’t feel like a drag queen or a transsexual; I’m a woman. And I definitely don’t feel like other women in that way, but I don’t feel like a complete fag, but at the same time I am!”