Design is business; Strelka operates as a nonprofit. Academia is fractured into specialized niches; Strelka students reject discipline, sharing a single course of study with roots in architecture and art, but calling itself by neither title.

And most importantly, while Publishing is dying, Strelka Press is thriving. Since launching an initial series of print and ebooks in 2012 from a curated group of writers with urbanism backgrounds, the press has continued to produce a steady stream of beautifully designed books — touching on subjects as diverse as the Internet of Things and the linked histories of Soviet architecture in Russia and China.

I’ve never thought that I need to study only to get a profession.
—Natasha Kupriyanova, Strelka student

While the books themselves are engaging on their own merits (and bound by a minimal 2.0 graphic identity from OK-RM), it’s the curation method and writing process behind Strelka Press that is most unique to the project. Press director Justin McGuirk, a British writer with a special interest in long-form journalism, turned the usual institutionalized publishing framework on its head by starting with the authors and working towards the products — as opposed to starting with market-validated topics and narrowing down to qualified writers. The difference is slight, but the result has been a body of writing that is remarkably cohesive and “themed.” While the tone is intellectual and the subjects esoteric, putting the burden of curation and direction on the writers has breathed fresh air into one of the hardest sells in the publishing world: academic writing. “I started with the writers. I brought together a group of authors that really have something to say and that I knew would rise to the challenge of a new format – longer pieces produced as ebooks,” says McGuirk on the press’s decision to focus on digital print and digestible document lengths.

We wanted to be lighter on our feet, and we wanted our readers to have instant access.
—Strelka Press

Long-form essayism is a hard sell in the digital age. Readers, especially online, expect brevity, bullets, and above all else cat pictures. At the same time, creative types pine for a time when exploring an idea meant getting lost in a book — rather than lost in a Wikipedia rabbit hole. 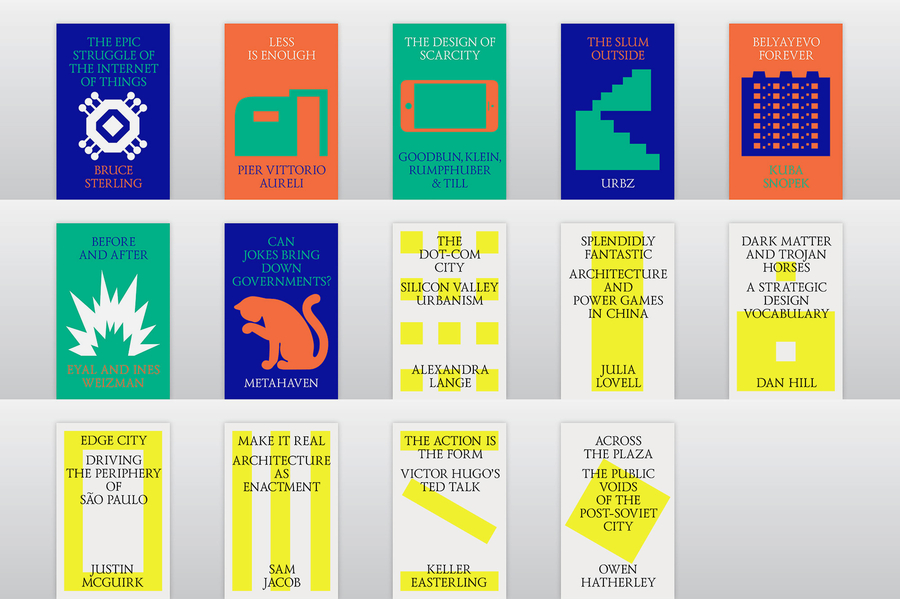 Strelka Press has tapped into that desire by packaging the least accessible sort of web content as the most desirable physical object, turning the long-form essay from an intimidating challenge to a bite-size piece of idealized reading. Browsing the shelves (albeit through the Strelka website) is the satisfaction of an intellectual fantasy.

In the process, they’ve given us a chance to look at ebooks — that most banal of publishing formats — as a comforting reminder of publishing’s bright future, rather than a sign of its death.