Born and raised in NYC, now relocated to New Zealand, photographer Ben Zank came to the lenses by chance during his time studying journalism. His photographs are a reflection of his inner world with self-portraits and individuals in unrealistic situations.

His inspiration mainly comes from the photographer Rodney Smith and painter René Magritte but also from browsing on Tumblr. His thought-provoking work is meant to capture a moment in time and leave the viewer to his own interpretation.

Zank uses minimalistic backgrounds to create dramatic images. Most of the time, a person and a landscape suffice to produce an intriguing and disturbing photography. According to the artist, the image itself is the emotion and it should not be distracted by too many subjects and crazy environments. Lines from a tennis court, a river, a mountain or a slide; his requirements for a good shooting location is simply a feeling of comfort and balance.

The renderings are surreal and poetic. It’s an amalgam of floating bodies frozen in time, an action paused in a bizarre set-up. The photographs push the limit of reality with bodies suspended in the air or in an uncomfortable position hence creating a special connection between a hollow space and a solid body.

The portraitures of himself; by the context, the poses, and the props are meant to bring the viewer closer to the photograph. Zank wants to get away from the obsession of selfies—a consequence of his generation’s overuse and abuse of social media—by showing a face with sincere emotions and true passion: “You can lie in a self-portrait, but it’s hard to do if you’re shooting from the heart”. 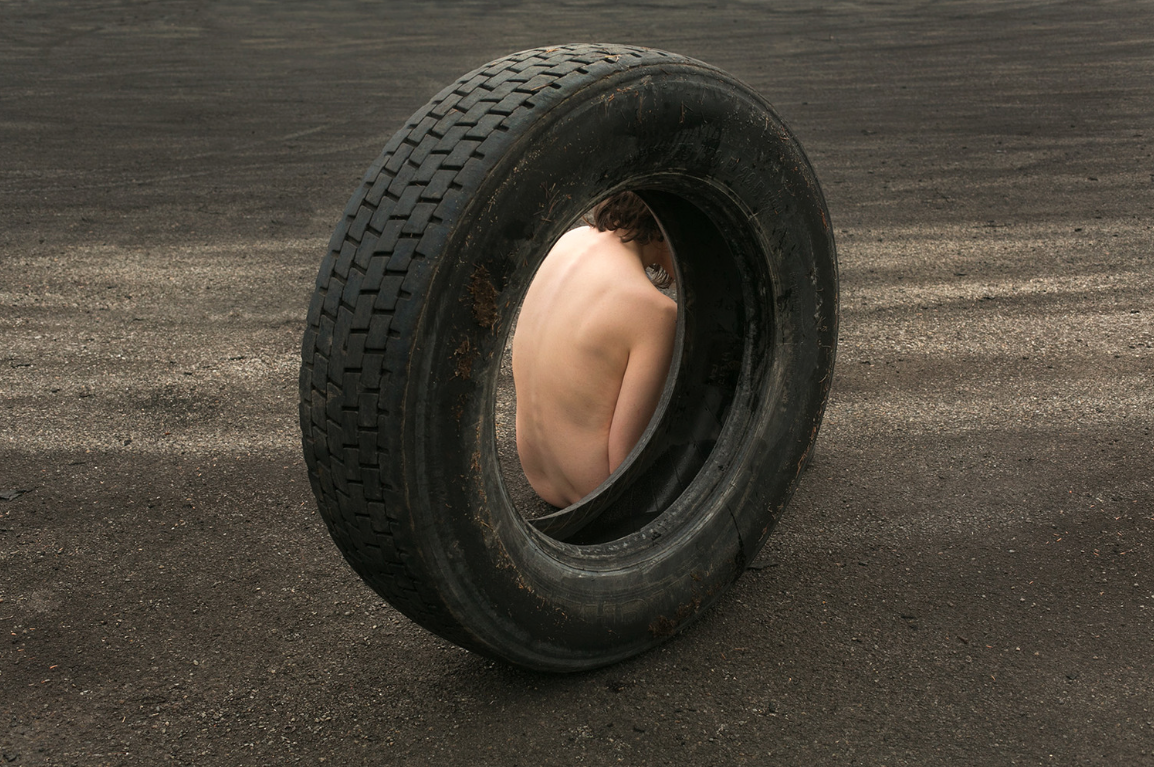